Thanks for the comment roughcountry, both plants stocked me up for awhile and that feels good. It's premium smoke.

Just wanted to post an update for you guys because I know its been awhile and you probably thought she died, lol.

She really started kicking out new growth in the last couple days and the whole plant really started getting healthier and much more rich in color so I suspect shes gettin' her root growth on pretty good now. The whole reveg process didn't seem to phase her or her sister at all. 99% of the growth I left on survived and flourished. There were a couple fans leaves that died on each, but that was it. Harvested on the 6th and 20 days later I have new growth!

In any case heres some pics of her popping out new growth all over the place. There's a full shot at the bottom so you can see the coloring of her now too. She really turned that maroon/purple color when fully ripe. I'm really excited to see how she looks/smokes this time around and to really get a better idea of her flowering time without all the guesstimation work I had to do.

Hope you guys enjoy the pics! Thanks again! Nice work with the reveg, SF!

congrats on the success

Fantastic work sport.
The grow was a pleasure to watch and I applaud your patience. I know it feels like reveging takes forever.
Lots of watching and waiting w little going on....


Your in the home stretch now tho. Those shoots will b blasting in no time.

Thanks for letting us fallow along. ;D

nice work on the reveg.
how does she compare in effects to the cookies you found it in?
R

Good job my man! We need to have a big cookies smoke out!

Hey thanks everyone. Really appreciate you guys stopping by and commenting. Without you guys, this thread would suck, so I really appreciate the feedback and continued support.


abirdintheair said:
congrats on the success


Heusinomics said:
Fantastic work sport.
The grow was a pleasure to watch and I applaud your patience. I know it feels like reveging takes forever.
Lots of watching and waiting w little going on....


Your in the home stretch now tho. Those shoots will b blasting in no time.

Thanks for letting us fallow along. ;D

Thank you for such kind words. It's been my pleasure to share it with you guys. Honestly, I wasn't even really paying much attention to it, so it went fast for me.

All this fantastic smoke kept me occupied and made the time pass quickly. There's not much to look at either, so its just best to leave it alone and check on it every week and see if its ok. She's exploding now! So much new growth everywhere.

Chunkypigs said:
nice work on the reveg.
how does she compare in effects to the cookies you found it in?
Click to expand...

Hey thanks, chunky. I wasn't really impressed with the stone on the bag I got. It seemed mediocre at the time. I mean, it looked killer and smelled great, but the high was just like "meh" for me. Probably a lot of contributing factors to that. This plant on the other hand, is really strong and the flavor and high has really changed in the last week or so like frank said it would.

I gave a friend an eighth of it the other day and he texted me back "That stuff is awesome! GET ME MORE" - So there's one vote of confidence so far... I don't think too many people have seen herb like this around these parts I'm located in. I used to live in the Bay Area for 20 years and recently moved back to the midwest and it's a whole different trip on the herb scene here. You really get some interesting flavors back here, but the bud is always super dried out and generally what I would call B grade. You're not going to find anything of this caliber around here.


rykus said:
Good job my man! We need to have a big cookies smoke out!
Click to expand...

Thanks, Brother! Appreciate it! That would be awesome! A gathering of people with all kinds of different cookie strains. Where do I sign up?

Just wanted to post an update and show her and her sisters progress.

She really exploded with growth and has crazy amount of nodes all over the place. Super vigorous now. Even more so then from seed. Her sister took a little bit longer to get going, but I didn't leave as much growth on her, but in any case shes really starting to kick out new growth now that she's got a nice pair of fan leaves going. She really turned out to be some super tasty and stoney smoke and her buds are super dense, so I'm glad i kept her around just in case.. She was actually the one making the room smell like burnt rubber when I was drying it.

They are both really kicking out the node branching like crazy already and things have really speed up in the last couple days now that they are really settling in. Not much more to really report other then that. I'm just letting some of this new growth really build up and then I'm going to take some cuts and start getting to work again.

Here's a couple shots to show the progress. I took them today, so they are current. Hope you guys enjoy! thanks so much Good job man. You really scored with this one. Hope she makes her way to the masses. I volunteer to be the glc 410 ambassador haha

Thank you yocs, much appreciated brother. I would love for everyone to enjoy her. It would be such a blast to watch her in other peoples rooms and to see their reactions. She is really incredible smoke and an easy plant to grow. I'm trying to make that happen, but I'm only one guy and I'm not part of any cliques, so it may prove to be a challenge to get her to forum cut availability status.
R

Long time no see everyone!!

Just wanted to post a quick update and share few pictures of my setup and the latest happenings.

Both of the girls are 15 days into flowering, it's not that exciting yet or I would post some pics of it. Nonetheless, We got flowers starting to pop out on both of them. The GLC is WAY bigger then it was last time and you can really see how much faster and out of hand it got but is oddly a couple days behind the more sativa dominant sister of hers, but looks like they have completed their stretch after 15 days and now were in full bud mode, So things should get more interesting in the weeks to come. As some of you may remember it took 22 days or so to see flower before, so this is MUCH faster this time around.

I've got 3 cuts rooted and a couple in the bubbler that don't want to root. the sister plant clones are having a hard time rooting too, I'm not sure what the deal is. One of them grew some clear looking roots and then a couple days later it just broke off on its own. Never seen that before. I have 3 GLC's that are good to go and one of them will become the new mother, so at least she's ok.

In anycase, I just wanted to post a few pics of my setup as well, so you can all see where the magic happens. Its small and personal and discrete, but it gets the job done and I'm proud of what I built.

Enjoy Guys and thanks again for stopping by! Hey thanks A10! Appreciate it!

Here's some more pics from yesterday at day 51. I know they arent the greatest... The GLC reveg got way out of hand on me this time around... It quadrupled in size and I had to tie her ass down all over the place... so there isn't a lot of space to take some real nice shots... But here's what I got for now. Enjoy guys... Looks killer sportfarmer! That pheno seems to lean a little on the heavier side, very nice!

Yeah, the buds are dense and appear to be much larger then your avg cookie plant? I don't know, I'm going by pictures.. Never grew the real thing obviously but it seems that way.

This time around they are much denser and smell much more chocolatey and minty which is really interesting. Its a little early yet though... they still have that soury smell still because its still kicking out tons of flowers. But its definitely a little more of a mature version of the first batch. Its good.

Anyway, here's the sister plant doing her thing.. She's got TONS of buds below that canopy of fan leaves, you just cant tell. The interesting thing with her, is the stuff below the canopy is very dense and fat and just really nice nugs. She's still kicking out tons and tons of flowers and really hasn't started her heavy resin production yet. Probably here in the next week or so, she should start looking a little more juicy. Still a little early though.

Here a shot of some of her nice colas forming. 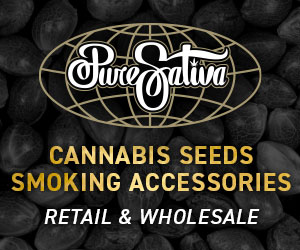