How dumb can you get.

The BBC is to break one of the last broadcasting taboos by screening footage of a woman injecting drugs.

Nicky Taylor, a journalist, is filmed smoking cannabis in cafes in Amsterdam before injecting the main ingredient of the stronger "skunk" variety of the drug in a laboratory.

The programme, provisionally called How High Can I Get?, was commissioned from an independent producer.

It will be broadcast on BBC3 in the next few months and comes as the Government considers increasing the penalties for cannabis possession.

Marjorie Wallace, the chief executive of Sane, a mental health charity, said: "It is difficult to see what can be learnt from this experiment. Cannabis affects no two individuals in the same way.

"The majority of people may have little or no reaction, even to stronger forms of the drug.

"But for the 10-20 per cent of those who are considered to be vulnerable, taking it could lead to psychotic illness. "

David Davies, the shadow Home Secretary, said on Sunday night: "I very much hope that this programme will contain a strong anti-drugs message that will stop people experimenting rather than glamourising drugs use."

Miss Taylor was injected with THC, the main component of "skunk" cannabis, last October at the Institute of Psychiatry at King's College London.

The experiment is legal as it takes place in a laboratory licensed to carry out such tests.

The scientists are running tests to analyse claims that skunk cannabis, which accounts for 80 per cent of the drug sold on the street, causes psychosis.

Miss Taylor was then filmed as the effects of the drug took hold. Dr Paul Morrison, one of the scientists in charge of the programme, told The Daily Telegraph: "I can't talk about the experiences of any of our participants without their say-so."

The BBC also declined to provide a detailed account of what happened.

However, one source who has seen the effects on Miss Taylor said: "The effect was dramatic. It was unpleasant."

The BBC is understood to be keen to show the film on the eve of a decision by Jacqui Smith, the Home Secretary, to recriminalise cannabis by upgrading it from C to B status. Her decision is expected in the spring.

A BBC spokesman said on Sunday that the programme would be screened after the 9pm watershed to discourage younger viewers.

She said: "Nicky fully researched the subject and undertook the trials under supervision, with medical advice. She has not suffered any ill effects since filming finished.

"The film unequivocally highlights the risks of consuming the drug and will be scheduled post-watershed.

"Nicky Taylor is a critically acclaimed journalist who becomes fully immersed in her subject, in order to highlight the risks of potentially dangerous activities.

"Her films have included investigations into plastic surgery, in which she undertook surgery, and binge drinking in which she drank large amounts of alcohol.

"Her approach has proved successful in highlighting important health risks with a younger audience."

The programme breaks one of the last broadcasting taboos. An episode of Panorama that featured a reporter taking LSD in the 1950s was not broadcast for more than 30 years because of fears it may encourage drug taking.
G

I bet that was fun I wonder how long she was or if she still is high , I remember the first time I got high I asked my buddy how long is this gonna last he said forever if your lucky Peace man great story
G

Seems like a real dumb program. Nobody injects THC, so it sounds like a retarded experiment that will prove very little in my opinion.

"Nicky Taylor is a critically acclaimed journalist who becomes fully immersed in her subject, in order to highlight the risks of potentially dangerous activities.

Perhaps injecting THC is potentially more dangerous than smoking it, I have no idea, but who cares. And what does the experiences of one person prove ? Nothing at all.

I suggest that the reporter take a bullet to the head in the next program, so that we can find out the possible dangers of guns.

Also, dosage was probably 10x higher than that of smoking a joint.
G

NotGuilty said:
Also, dosage was probably 10x higher than that of smoking a joint.
Click to expand...

Even if it wasn't, can you imagine how people perceive needles ? I don't know how they're injecting the stuff into the silly reporter, but people see needles and they think hardcore, like heroin etc. Not exactly a good image for marijuana.

And also, they said that this program is coming out at the same time that they're supposed to decide if they're going to recriminalize (I'd write recriminalise, but I'm not from the UK, lol) cannabis by upgrading it from C to B status in the UK. If the program is anti-cannabis is any way, then it is obviously pure propaganda and political crap. Injecting THC, lol.

I want to know how you would be able to put THC into an injectable form. Why not just smoke a joint?
G

bounty29 said:
Why not just smoke a joint?
Click to expand...

Which looks worse, a joint or a syringe ? lol

Yeah, well we basically can guess its going back to B. This propaganda simply supports their reasoning. (poorly). Why dont we inject Nicotine and televise it? Or Ethanol......

"one source who has seen the effects on Miss Taylor said: "The effect was dramatic. It was unpleasant." "

Pure sensationalist journalism which has no relevance to the cannabis debate. Associating needles with cannabis will cause another knee-jerk reaction in parents and make more people campaign against it. Even if the documentary is lettered with facts and disclaimers, too many people will just see needles, cannabis and a woman writhing around totally inebriated. And all for ratings.

If the UK was more rational in it's discussion on canna then the documentary would be dismissed for the trash it is. But with the backwards thinking and anti-cannabis stance the media has adopted, this will be blown out of all proportion and herald another police clampdown.

Now i'm going to go smoke a crack pipe of caffeine and mainline some beer to see what happens.
W

damn, they made it so you can inject straight up THC into the bloodstream? LOL, it's always the "legal" sector that comes up with the most insane ideas. I bet it'd be so intense, like smoking the most massive bong load in a single giant rip out of a 20 footer.

propagation in its sickest form!!!


we all oughta realize if it airs there w/out much uproar it will air here in US soon...

I heard H used to be cut with hash in its legal days, I bet she just wanted to get loaded for free and get paid, lucky bitch.

u stick a needle in your body. you a junkie. wtf does this bitch being a stupid junkie have anything to do w/vaping my weed?

i guess the usa will have to make a new scheduleing for pot here...lol. i mean the usa got pot in bed w/the fucking junkie.
G

I may be a junkie,but I'm not currently using and know how to speak properly.Maybe a shot in the jugular would do you a world of good with your impediment.On a more serious note..Where can I find some THC injectibles haha?

ICMag Supporter
ICMag Donor
This is bogus, how would it be injected? It can't be melted kief as it would solidify in the bloodstream causing clots imo. It won't mix with water to aid its being an injectable. Mixing the THC with any other oil or alcohol would affect the test results entirely, I don't get it, how was it injected?

Some sort of twisted fucking propaganda to make cannabis appear to be as dangerous as any other 'injectable' drug. Good weed hits me and gets me medicated in 4 seconds when inhaled, why the F would anyone consider mainlining their smoking stash....... propaganda
G

My only question is do you have to cook a bud down or just squirt water on it??

blockheader said:
I may be a junkie,but I'm not currently using and know how to speak properly.Maybe a shot in the jugular would do you a world of good with your impediment.On a more serious note..Where can I find some THC injectibles haha?
Click to expand...

i sent u some positive rep. i hope you never find another fix.

A new level of stupid! This could be turned around for the good though. Even main lining THC won't kill you. Perhaps the study would have been much more productive if they would have shot her up with nicotine. I have read somewhere the nicotine content of 3 cigarettes would do the trick. Maybe they could get her to demonstrate the effects of jenkem too.

Greenhead I will gladly donate the bullet for that experiment.

I saw someone who didn't smoke eat an eigth of squdgy black hash once, it was 94 and I was at university, he ate my hash and then we had to carry him home, he didn't even wake up when we dropped him once, that cat was putting out the zzzs for a whole day. He said he had some mad dreams about pink clouds chasing him down the street...
You must log in or register to reply here.
Share:
Facebook Twitter Reddit Pinterest Tumblr WhatsApp Email Share Link 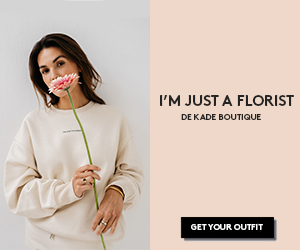