Mentor
ICMag Supporter
Where can i find the scores each person gave?
Very interested to see how people voted, i will be beginning a thread with some detailed comments soon.
Peace

ICMag Supporter
ICMag Donor
Patron
is this what youur aafter

Mentor
ICMag Supporter
No i want to see the score that each judge gave for each sample, not the totals.
Peace

ICMag Supporter
ICMag Donor
Patron
ya if you click on the strain name it brings up the score try that.
LOkks like this

Mentor
ICMag Supporter
Awesome thanks for the quick reply.
Peace

It was interesting to read about some of the strains and the level of knowledge some of the testers have with flowers in the comment section where others didn't notice.

Moderator
not everyone votes the same way, some will never give 9 and 10s and others will give a lot of top scores it comes down to how they voted over all. you have to see all the votes, then compare with others votes. but in the end, it's prety normal that someone likes what they enter in the cup a whole lot. it tends to be selected for personal preference, so a good vote is not surprising. one reason i like the comment fields is to justify any extreme votes.

you can be sure we will be looking over all this information in the next months and that will show how to do things in future. it seems i should have chose the option of just disallowing entrants from voting on their own. but if we see that entrants down voted stuff that most others liked we will know that we can't even let them vote in the category they enter in anymore, at least not those that have done this. but like i said so far we are still at the analyzing stage. any serious complaints in this regard, should be pmed to me with very clear explanations and links etc.

Mentor
ICMag Supporter
smoke&mirrors,
man what ya talking about? i spent two nights (one in the dam with lots of other ICmag members and one at home by myself) looking at the results of the voting, smoking the entries.
i can see others that seem to be more of a tactical vote. but i mean, that's what happens when you and your buddy are growing similar weed and have similar taste/preferences.
so i actually do not feel represented by you putting jah in that corner, neither by calling you names.
i don't know jah very well but i think he is a man of his word.

smokeandmirrors said:
On from conni genetics about this issue


Hey bro i thought he was a snake but hoped i was wrong and he had changed, seems not and you were right to call him out.
If i had posted my reaction i would have caused the biggest problems on ic ever, luckily you have said it for me and i can assure you that you dont have to worry about a banning for speaking the truth because thats the point of publishing the scoring.....dont break any TOU and if you get banned without reason i will phone Clarence and sort it.

But clearly you'll delete them won't you ????
Click to expand...

You really think you are going to come on icmag to start a online fight! but guess what it isnt going to happen regardless what you post from Trues pms to you.


if i fucked up the score board then why have other growers scored them selfs high scores and when you look to my score sheet you can see i give high scores to other growers that was above 8 that were deserved.


Im sure true did not send you that message and you fabricated it??? coz that sounds like a true cowards message but i am sure true will verify you are a liar.

whats up mate.
first of all i was one who rated good for your post. i did it because i thought its good someone checked the scores in detail yet, and as well the scores you mentioned appeared somehow strange to me as well. but main argument was because you didnt hesitated and indicated it.
-we all wanted the scores to be open for everyone because of exactly that: that everyone can tell his concerns.
so i dont see any problem there.

But i can tell you that gaius and the others wont shit on your words. for sure this issue gets/got checked by them. and the rules of voting are gonna change a bit as well i guess...

But at this point i have to tell you that it is very wrong to picture gaius in that totally wrong way! i met this guy two times now, and i quite feel/experienced he is a honest person.
you cant imagine how much he did for this event. he gave all for it (including his voice).

i had been there as well... i dont wanna come to somebodies defence, but have you ever voted on a cup? it is really hard to be/stay objective over all the smokes&puffs.
as well you have to consider the different tastes/preferences of single persons Eugen mentioned yet...

Okay smokeandmirrors but now its getting too much from your side. you made your point clear.
from now on it gets trolling of course. the responsibles have noticed it and will discuss it and take further actions imho.
of course it is not nice for them to have such hard offending allegations in this thread. they will do something, but i wont happen in public here in this thread i guess...

At all my opinion is, persons who got suspected for such a behavior should PM´d by the responsibles and asked about their votes, to get clear in what way/style they give away the points. members who came into discussing voting tactical several times should be locked out from further votings.

As well it could be discussed if we should all use the same style of voting in future.
i mean something like:
are 10 points in a category ONLY given away for the best entry of all? // is 10 points "reserved" for the best smell you could imagine, but didnt got handed in....
i hope you got my point


one thing to remember:
the only way that nobody feels himself disadvanteged is not organizing a cup

Dam, whats going on? Jah hoover is a stand up ic head and also a friend, he should be able to mark the samples as he see's, as long as he adds a comment to justify the score. I thought the computer used the average score not the judges(on their own sample) so what they write down doesn't matter anyway.
Debate's on people's herb always get heated, you only have to mention someones rough trim job and some peepz lose it.
(myself included)
everyone needs to chill.
Their was also a few samples that where unsmokeable, too damp, too much nutrients, badly dried that still looked great, its all in the smoking...
I lit one joint and it just wouldn't light,tasted of shit got through in the ashtray...
however #1 and #13 burned nice and tasted cured/smooth.
it should also be used to help the growers, if your weed didn't burn now you now to correct it.
Peace out, sorry for the ramble(its the hash)
mack.

posting PM's is against the TOU, you will get banned as will any puppet handles posting PM's
as for your attack on Gaius, you could not be more wrong. I've known Gaius for over 10 years
and I find him very trust worthy and honest thats why he is a Mod on this site

Moderator
well this has been an interesting read indeed, so i called you a troll did i? what a joke, i sent you a message saying to please make a formal complaint with links and explaining exactly what your problem is. i also informed you that further attacking Jah hoover in his own thread was not the way to go. i said continuing such behavior would make you the troll you accuse him of being. so get it right. for the rest the way you have gonna about this shows me you clearly are a sock puppet troll. else why no formal complaint? i had a feeling it be interesting, after the cup this year lmao.
H

I've looked at the score board and noticed many entrants giving themselfs like 9,10 but its all down to there personal preference and you don't see me complaining.

My own good friend drp scored me the lowest and said my entry had a bad taste but you don't see me spitting my pacifier out and screaming and shouting! But this teaches me to improve my bud for next time and I never take it to heart

To top things up I don't think my 022 indica sample was triangle og and was mixed up sum how with sum swag bud! I also mentioned to true at airport about his 022 might of been mixed up and I did not like it!

I'm not going to let sum online troll make a war on icmag, especially when he is a low life troll stirring a big pot of shit.

So the computer didn't give average score's (for the judges scoring their own bud)?
or ??
not that i mind, i think you should be able to score as you see fit and what ever score is written down should be recorded, not changed.
makes it all the better to win.
wish i had a sample of 22 to smoke now.
mack.

mack 10 said:
i think you should be able to score as you see fit and what ever score is written down should be recorded, not changed.
Click to expand...

yeah mack thats how they did it. it was also made clear in the judging tool thread. i think the reason for that decision was that in a real poll nobodys vote gets changed either... its like obama is voting for his party but another "uber party" (in our case: the online judging tool) is overwriting/changing his vote.

everyone chill out and ignore that troll... better post some pics of the entries in doubt so we can compare and maybe understand what happened... 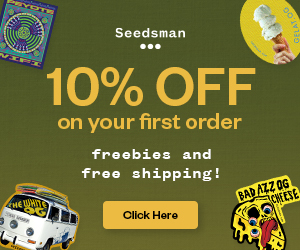